It's fair to say that we haven't featured much of Sir Vince Cable in The Art of Presentation. But, it's not personal. Because in the coalition government most of our attention was focused on Nick Clegg. But things change and now it's time for a Vince Cable conference speech as Leader. 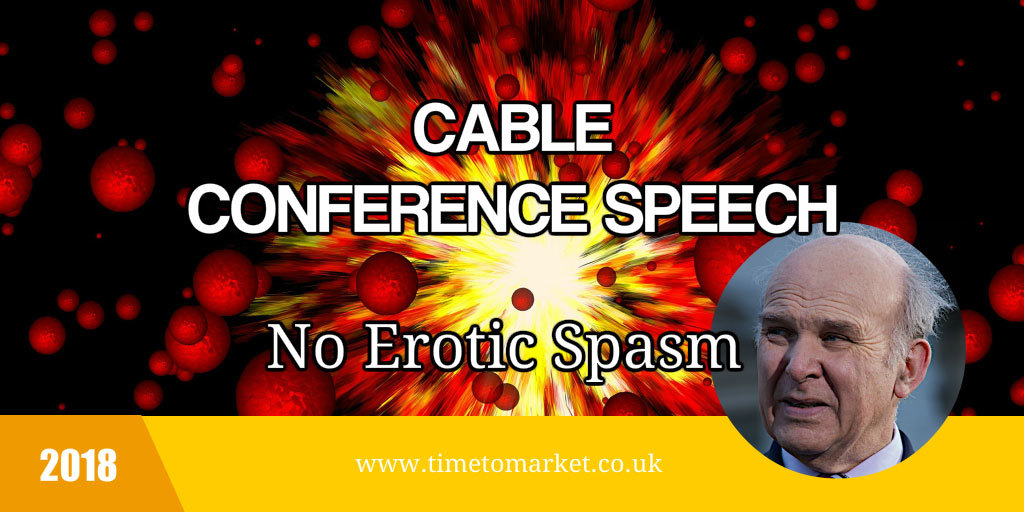 So, we haven't exactly ignored Vince Cable. Because we featured him last year with his efforts at humour in the conference speech. And, of course we also featured Vince's conference leadership speech in 2017.

For the ‘True Believers’ – the fundamentalists – the costs of Brexit have always been irrelevant.

Now, we applaud the use of metaphor or simile in speech writing. And there are, of course some excellent examples. This Christine Lagarde speech proves a good example of what you can do with metaphor. But, there's metaphor and there's metaphor, surely?

So, well before the delivery of this Vince Cable conference speech in Brighton we were treated to a near tsunami of fun, ridicule and disbelief. Would Sir Vince actually deliver that line?

Vince Doesn't Rise To The Occasion

Of course he didn't. Either he fluffed it, or he misspoke. Perhaps he couldn't read his autocue or he was urged to say something else by colleagues. But to promise metaphor and then not deliver, that's careless, surely.

So, there we have it. We haven't focussed on the rhetorical detail of this Vince Cable conference speech. Nor have we considered its content or structure. Instead we've looked at another broken promise. A failure to deliver on a promise. Hey, ho. Is that a metaphor for the Lib Dems?

You can discover more about public speaking and conference speeches with our regular series of public speaking tips, podcasts and videos. You will certainly find some tips that suggest why autocue practice is essential. And, when you are ready for further skills development or training, then please don't hesitate to get in touch.