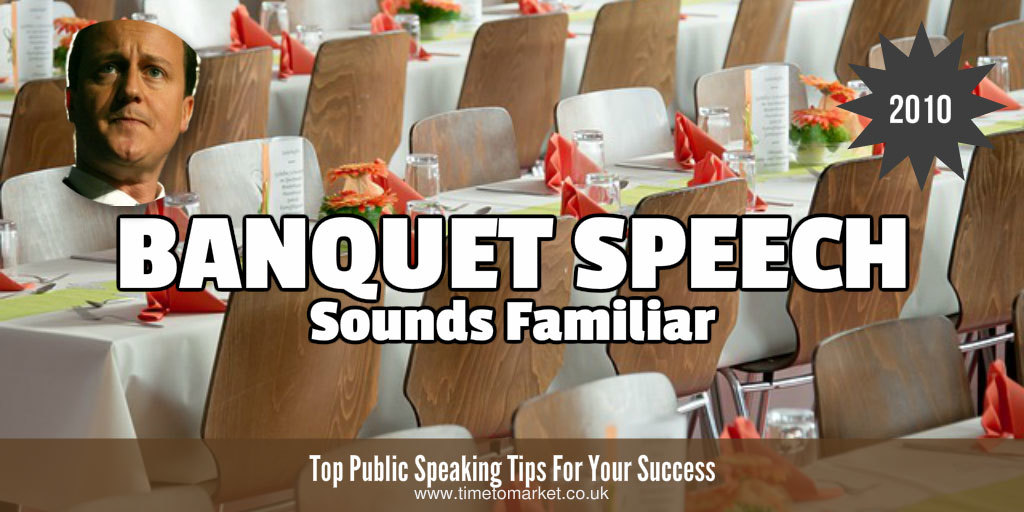 However, his banquet speech was notable for its similarities to the Peking speech delivered by the Prime Minister at Peking University last week. Because his speech contained two very similar phrases.

In China, he said:

“Globalisation is not a zero sum game.”

At the Mansion House, he said:

“…that we are in some vast zero sum game in which we are bound to lose out.”

In China, he said:

“Free trade is in our DNA.”

At the Mansion House, he said:

“One in 10 of our citizens live permanently overseas reflecting our long tradition as an outward facing nation, with a history of deep engagement around the world, whose instinct to be self-confident and active well beyond our shores is in our DNA.”

Of course, he’s a busy man and his speech writers are equally busy and it’s not surprising that certain favourite phrases are used over again.

However, his speech sought to set out three main points:

So, the speech made good use of some excellent contrasts and position-takers—standard tools for the Prime Minister’s speech making armoury. His factual references worked well, mixing figures, anecdotes, explanations and viewpoints.

“We are choosing ambition. Far from shrinking back, Britain is reaching out. And far from looking back starry-eyed on a glorious past, this country can look forward clear-eyed to a great future.”

This wasn’t a patch on Churchill’s 1940 speech…If we can stand up to him, all Europe may be free and the life of the world may move forward into broad, sunlit uplands” but there’s some similarity here!

Of course you can discover plenty of public speaking tips to help you with your own banquet speeches or an after dinner speech. Because with more than 100 top tips for speakers and presenters there’s something for every speech occasion. Plus, when you want to give your own public speaking skills a further boost, then you can always consider further training. Because a well-constructed training course will always pay dividends. So, when the time is right please don’t hesitate to get in touch.