No Political Football For The NFL

Only last year President Obama gave a speech to Congress a full hour before prime time television. Thus he avoided a clash with the opening match of the National Football League: the Green Bay Packers versus the New Orleans Saints. But this year it’s different. Because the NFL has moved the opening match of the 2012/ 2013 season to Wednesday September 5th. It’s closer to the Labor Day weekend, but it’s not the prestigious Thursday slot that was first planned. And it’s all because of a Barack Obama acceptance speech. 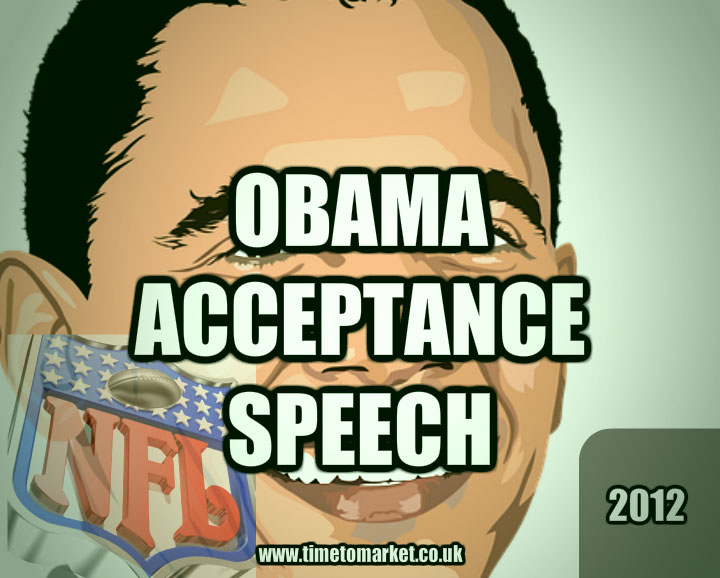 Their logic? The NFL doesn’t want the New York Giants match to clash with the Democrat National Convention. More particularly they don’t want a clash with the planned nomination acceptance speech of Barack Obama on Thursday 6th September.

It’s all because audience numbers are everything for politicians, sports organisers and the advertisers. So this arrangement seems to make sense.

Bizarrely, Barack Obama will give his speech at the NFL Bank of America stadium in Charlotte, North Carolina. I sense an obvious arrangement here.

There are always precedents of course. In 2008 John McCain waited until the end of the Giants match against the Washington Redskins to give his acceptance speech at the Republican conclave in St. Paul. On that occasion it was sport first and politics second. So, who there’s really no guessing who has the star quality here?

September 2012 Update: Here’s the speech that caused the re-shuffle!

When you have to give an acceptance speech we have plenty of public speaking tips that you should find helpful. Or, of course, for a more intensive work-out, you can always invest in a public speaking coaching session. And because you can choose either a full day or a half-day session, you can tailor the event for your needs. Please don’t hesitate to get in touch when the time is right.