So if you thought that either the Tories or Brexit was the gift that keeps on giving, then now you can be doubly satisfied. That's because Jacob Rees-Mogg, the MP for North East Somerset has announced a new style guide for his new government team. What's in a word or two, you might well ask. Well, quite a bit according to the new Leader of the House of Commons. 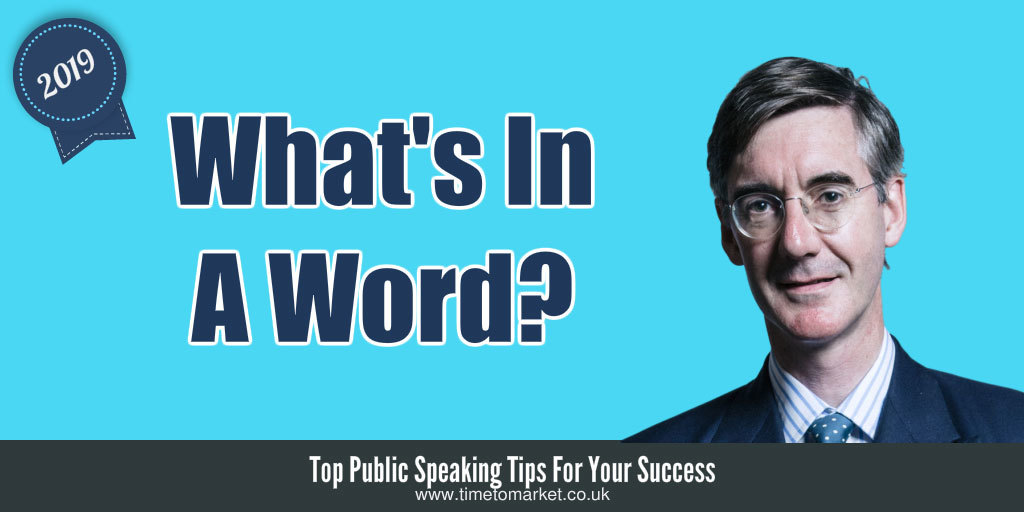 What's In A Word? The Style Guide From The New Leader Of The House Of Commons

Now to be fair this style guide isn't exactly new. He first issued the guide when he became an MP a few years ago. And, apparently, it's certainly a help for all his office staff. It just means that they can write letters, document and other missives that sound as if he might have prepared them himself. Neat. In fact, it does sound similar to managers that I've encountered in the past. Not a problem.

The full list of rules for your enjoyment: pic.twitter.com/NOOcEmsUPX

Clearly the Press and the TV has had fun with jokes at Jacob Rees-Mogg's expense. However, in truth they are wasting their time. Because he has more than a point. Because you should mind your language with presentations and speeches. In fact, he makes perfect sense. Since, on the matter of what's in a word, there's often too much management jargon, office speak and plain gobbledygook.

Just some of the unacceptable words that the new Leader of the House's office team won't be using on an ongoing basis for a lot longer, hopefully!

Is Jacob-Rees Mogg right? Of course he is. It's his office and he's going to make it work for him, as productively as possible. That's really the long and the short of his style guide.

Whether or not the style guide sets a good example to others is another matter altogether. But, before we get too excited, let's remember that most if not all of the big media organisations have their own internal style guides. They just do, because they work. And, certainly workplace jargon concerns the team at Dropbox who offer several solutions for us.

And for speakers and presenters they also work. Not least because you don't want to get caught using the jargon of a Gordon Brown speech, the sloppy wording of an Ed Davey energy speech or the greenwash of a Caroline Spelman speech. Horrible.

Like them or loathe them, unfortunately such guides work. Because when you are in the communications business, you really do need to write for your reader and speak for your listener. Not yourself. That's what's in a word.

You can always discover plenty of presentation tips and tips for public speaking with our regular series of tips, posts and podcasts. And with more than 100 top tips for every opportunity, there's something for all occasions. Plus, when you want to boost your own skill sets, then why not join us for training? In-house or on a public course, the choice is yours. But, when the time is right, please don't hesitate to reach out, as Jacob Rees-Mogg probably wouldn't say.