Downing Street Speeches Mark The End Of May

A brief series of Downing Street speeches has formally marked the end of the Theresa May Prime Minister era. As you'd expect the whole affair was well-planned with the brief exception of a few eco-loons trying to prevent Boris Johnson's drive to see the Queen. Was it an anti-Boris protest? An anti-Ministerial car protest or an anti-police motorbike protest? Who knows, because it didn't work. 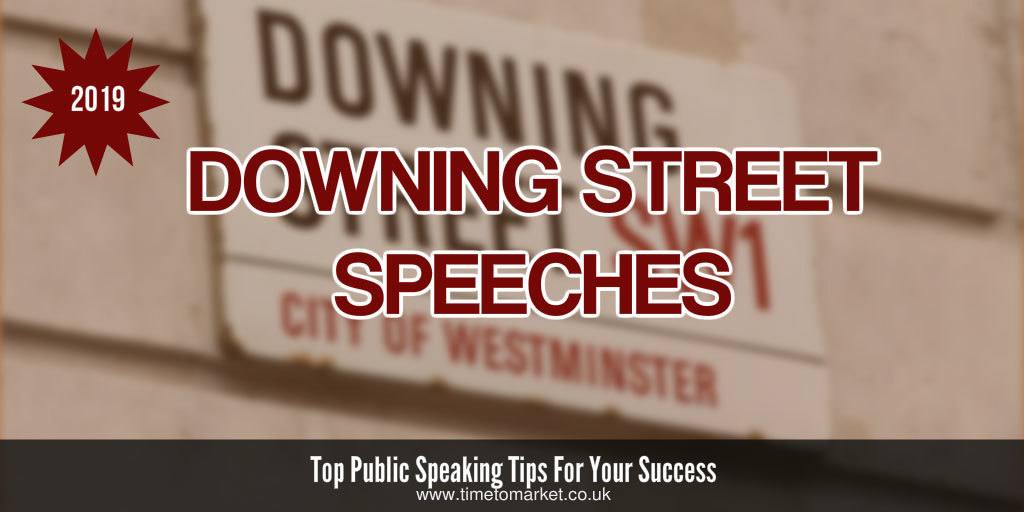 We heard another final speech from the Prime Minister, Theresa May before she was driven to Buckingham Palace to tender her resignation to the Queen and recommend that Boris Johnson be offered the role instead.

Her speech as relatively brief, and optimistic as she said all the right things for the occasion.

We didn't expect a rhetorical tour de force. Yet the Prime Minister held the affair together very well with some excellent references to all the public services that keep us safe and healthy day by day. We also heard a good reference back to her first speech in Downing Street three years ago.

But you achieve nothing alone.

And as I leave Downing Street, my final words are of sincere thanks.

To my colleagues in Government and Parliament.

To everyone in the building behind me and across the Civil Service.

To the men and women of our armed forces and security services.

And to the public servants in our schools, our NHS, our police and the other emergency services.

All are inspired by the noble wish to serve their country in the national interest.

I also want to thank the British people.

Of course she also mentioned the elephant in the room. Brexit. And she got through that stage quite quickly. What's next? Perhaps some room on the keynote conference speech circuit and a tidy speech income for the former Prime Minister?

Of course, much remains to be done – the immediate priority being to complete our exit from the European Union in a way that works for the whole United Kingdom.

Later we heard the first speech from the new Prime Minister fresh from his visit to Buckingham Palace. Now, it's pretty clear that the speechwriters guild of the UK, let alone the EU, wouldn't approve of this speech. Because it wasn't a classic in terms of its design. Yet it probably said everything that had to be said in a short 11-minute speech. In essence this was an energetic campaign speech…gearing for a General Election. Who knows?

And so I am standing before you today to tell you

that those critics are wrong

The doubters, the doomsters, the gloomsters – they are going to get it wrong again

It's also true that there wasn't much space for equivocation.

no ifs or buts

because the British people have had enough of waiting

The time has come to act,

A Tidy Boris In Downing Street

He's definitely les disshevelled than we've seen him in the past. Yes, he's really not badly groomed nowadays. But his characteristic delivery is fully evident in this first Downing Street speech. Fast-paced with plenty of pauses, emphasis and some surprising word patterns. Albeit the comic composition was not obvious.

We also came across a position-taker or two, as if to suggest that there was a speechwriter behind this Downing Street speech.

and to all those who continue to prophesy disaster

I say yes – there will be difficulties

and to all those who say we cannot be ready

I say do not underestimate this country

Do not underestimate our powers of organisation and our determination

because we know the enormous strengths of this economy

So, all in all, an impressive first effort from the new Prime Minister. Because tomorrow the real work has to start.

You can always discover plenty of public speaking tips for your next speech with our regular series of top tips, podcasts and videos. And with more than 100 top tips from which to choose, there really is something for every public speaking occasion. Plus, when you want your speeches to take you to places, then you can always join us for training. Because a well-timed training course or coaching session can do wonders for your confidence and skills.