Time was when the public utterances of Britain’s spy chiefs were limited, if not non-existent. No speeches and no press briefings was the distinct order of the day. D-notices, yes. But an MI5 spymaster speech? No. That began to change a few years ago. But these speeches were rare. We commented on a Jonathan Evans spy chief speech, back in 2012. And that was a rarity. 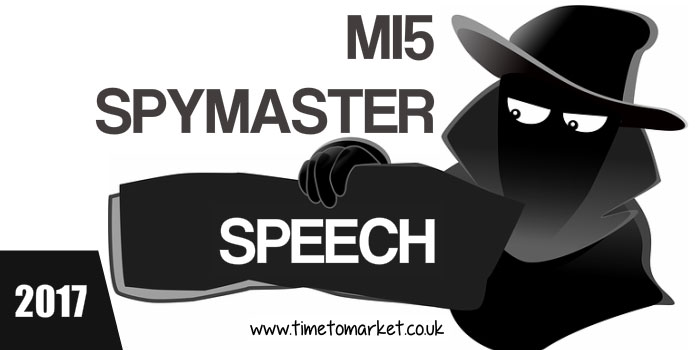 A Subdued Reception For This MI5 Spymaster Speech

But these are different times. Back then of course we hadn’t discovered the “transparency” word. Now it’s all about “transparency” and every spymaster worth their salt has to give a speech when they start their job at the very least.

Britain’s MI5 spymaster, Andrew Parker, did just that. Following in the very short tradition established by his immediate predecessors he gave his first  speech at the Royal United Services Institute. A very classical place to give a speech if you’re a spymaster. Not too far from Thames House and not far from the very clubbable haunts of St. James’s. 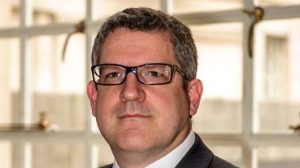 He’s definitely become more of a public speaker than the previous spymaster incumbent.

None of us joined MI5 to make public speeches. But I too believe strongly that the public is owed an explanation of the threats the country faces and what we are doing about them.

Absolutely, sir. The public pays your wages, but don’t tell us too much.

Mr Parker’s first MI5 spymaster speech was neither exciting nor desperately illuminating. That’s to be expected. It was certainly seized upon by the media because it tackled the Edward Snowden Prism whistle blowing affair and the relationship with the Guardian newspaper. No surprise there. It was to be expected. Of course, that was a story we covered with the NSA PowerPoint presentation.

This spymaster speech took on two themes that he explained clearly in his introduction. An introduction that set out the scope and structure of his speech.

The speech displayed an unexpected fondness for words:

Rejecting the political process in Northern Ireland, these ragged remnants of a bygone age are in a cul-de-sac of pointless violence and crime with little community support.

More than a hint of alliteration to keep his audience attentive.

His speech was certainly aimed at his own team in Thames House…a morale booster, perhaps. Their support will be essential for his tenure.

But it was also a speech that signaled a preparedness to weigh in on the side of deeper and more meaningful data interrogation. That will be a long-running battle.

Bizarrely there was no mention of the threats of organised crime or people trafficking in his speech. Solved? More probably, too secret to mention. Which is probably a good point to leave well alone.

He’s looking a much thinner character now than he did in 2013 when he gave his first MI5 spymaster speech. But Andrew Parker gave another quietly received speech in London today. And. yes, it was a very subdued speech. No “yays” or clapping for Mr Parker from his specially invited audience of security journalists. And, doubtless he didn’t take questions either.

More threat, coming at us more quickly, and sometimes harder to detect. But it is a challenge that we and our partners are rising to and are facing down. We are committed to this for the long haul. Our unrelenting focus will remain on doing everything in our power every day to keep Britain safe.

However, this was also a live event speech, with the film cameras rolling as he spoke. So, another first, indeed.

Much of his subject will remain secret, quite rightly. That’s his job, of course. But his speech also noted the massive recent investment in new people at Thames House, their recruitment and training. That’s got to be good to hear. But never fear. There remains an awful lot that’s unsaid. And that’s probably how we’d like it.

You can always find out plenty of public speaking tips with Time to Market’s series of tips, podcasts and videos. And, should your public speaking skills need to be brought in from the cold, then perhaps we can help with some public speaking coaching. Please don’t hesitate to call us when you need to discuss.