In a mental health speech at the Royal College of Psychiatrists Labour Party leader Ed Miliband spoke at length about the threats of ignoring mental health issues. 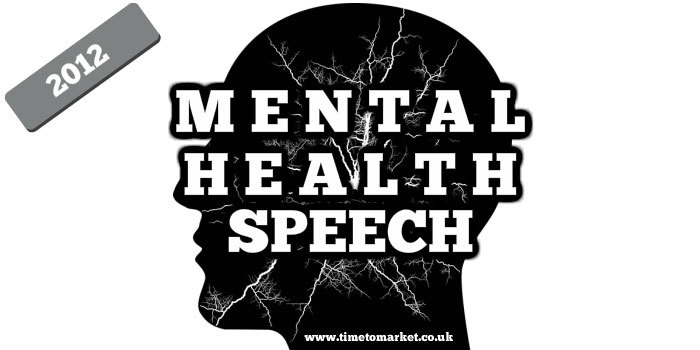 In the speech that took some 30 minutes or so to deliver Mr Miliband echoed his One Nation theme. That, of course, characterised his Labour conference speech in Manchester last month.

So, his speech picked on the One Nation theme consistently as he outlined and elaborated on the subject of mental health and mental well-being.

He’s fond of listing together disparate sentences. Because it’s very much his style now:

One that writes people off in just that way.

Those who work and those who can’t.

A problem that can strike anyone.

It blights millions of lives.

And undermines the welfare of our nation.

And it is also a challenge that affects our competitiveness as a country.

His speech took the opportunity to explain more about mental health issues with a set of stories. Thus, these allowed his audience to get closer to the subject in a more personal and less ambiguous fashion:

Just last Friday, I was at the Depot Community Drugs Project in a town called Mexborough, which does a brilliant job helping with drugs treatment and education, training and rehabilitation.

Mr Miliband took issue with earlier remarks and notes made by the commentators Jeremy Clarkson and Janet Street-Porter. And he appeared to be intolerant of intolerance when he noted:

So we should join the fight against this intolerance.

Clearly he’s unlikely to be a keen supporter of the Repeal section 5 of the Public Order Act Movement or the Rowan Atkinson speech that’s dedicated to this reform.

The One nation theme will re-appear in other Miliband speeches between now and the next General Election. A question might be whether other shadow cabinet colleagues adopt the same theme for their speeches. If they do then it’ll suggest that the theme has some political resonance beyond simple oratory.

You can always discover public speaking tips with our regular series of posts, podcasts and video tips. And, when you want to give your public speaking skills a real boost then some training or coaching is always a possibility. Please don’t hesitate to get in touch when the time is right.