There’s an intriguing insight into modern Party politics within the latest round of US diplomatic cables leaked by Wikileaks. London Embassy cables leaked by Wikileaks carry the news that in 2008, the Conservative Party thought George Osborne, the Shadow Chancellor, to be too lightweight to give a speech on the economy. Definitely a case of no conference speech for hapless George. 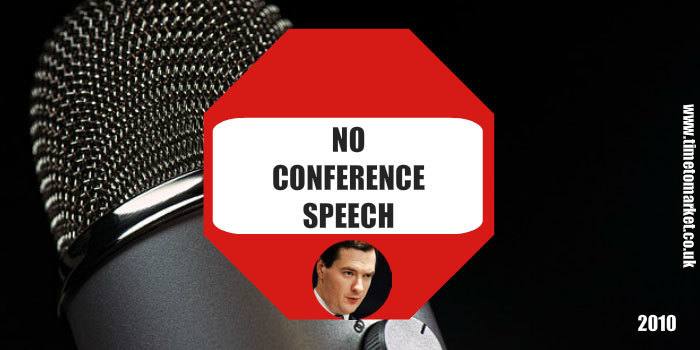 Wikileaks Reports No Conference Speech For George Osborne In 2008

The speech, planned for the 2008 Conservative party conference in Birmingham was on the theme of the meltdown in the financial sector.

Conservative Party insiders briefed a senior US Embassy diplomat that David Cameron would give the all-important economics speech instead of George Osborne—because private polling by the Conservatives indicated that voters thought Osborne too lightweight.

More On The Subject

You can always read more on this subject at the VPN alert blog.

That’s too lightweight because of his high pitched vocal delivery. Tone and gravitas were, apparently, needed in the crisis. And George had neither. Hence, no conference speech.

Hindsight suggests that the Tory apparatchiks were a bit unfair with Osborne. Cameron’s speech was labelled a “dog” by the Financial Times! The glorious leader managed to hit the wrong notes with a speech even wordier than that given by Gordon Brown the previous week.

It was the politics at the time that were key. The Prime Minister, Gordon Brown, habitually called Osborne a lightweight. Any reinforcement of that image–with speeches or otherwise–would have proved dangerous. Hence David Cameron and William Hague filled the speaking slots at the Birmingham conference.

So now we know. The Prime Minister sensed it…and so did the Tories! In the meantime, there’s no denying that George has now worked on his public speaking, and is ready for any conference speech.