Public Speaking History Lives On At The Wynnstay Arms Hotel

Balconies rarely take centre stage. But, perhaps the balcony in Romeo & Juliet is an exception and undoubtedly there are others in literature. But as a public speaking venue outside the great cities of London, Cardiff and Edinburgh it’s hard to find a single private site more steeped in history than the balcony at the Wynnstay Arms Hotel in Wrexham. Because certainly public speaking history lives on at this hotel. 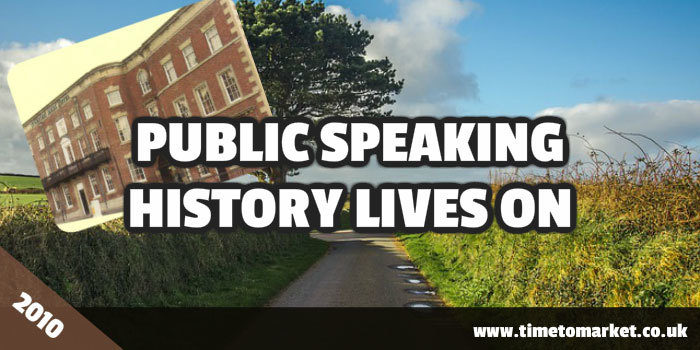 Public Speaking History Lives On At The Wynnstay Arms Hotel

First of all it was the scene of a speech by William Gladstone to the people of Wrexham, North Wales. And, second, in 1918 it was the site selected by Prime Minister David Lloyd George to announce the end of the World War. Simply amazing. Where and how would such a task be done today?

It’s true that the site has seen some extensive architectural damage in the intervening years. This damage was largely overseen by zealous council officers in the name of modernisation! Haven’t so many town and cities in England, Wales and Scotland seen such damage. But the facade of the old coaching house, dating back to 1702, remains intact. And the balcony is still there, preserved in this Grade Two listed building.

No doubt the facade or the balcony was witness to more historical events. But two speeches from two Prime Ministers has to be a good public speaking history for any hotel.