It’s not often that you hear directly from a speechwriter about the art of good speech making. But there’s an exception this week. The speechwriter in question is Ted Widmer who served as the foreign policy speech writer for President Bill Clinton. So, his comments on the President’s speeches are instructive. 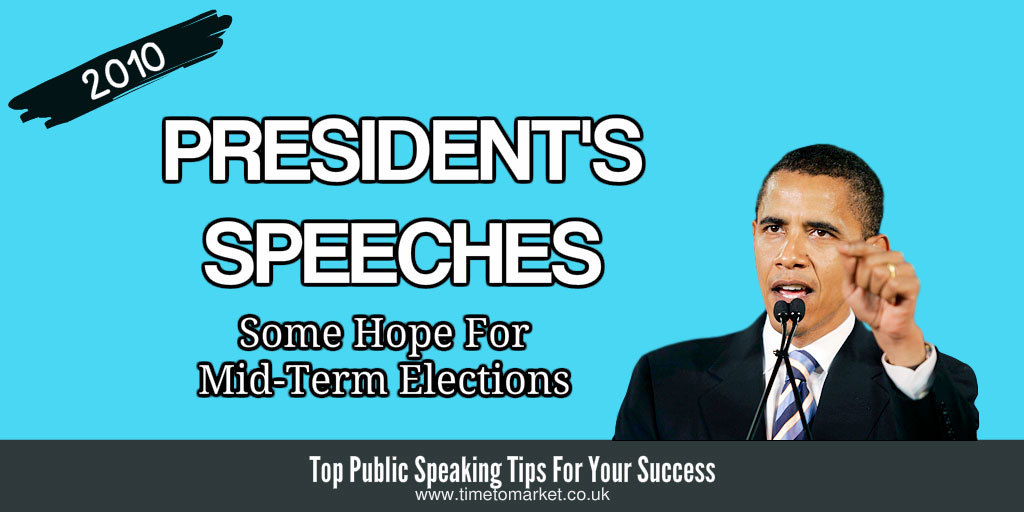 Can The President’s Speeches Get Things Moving Mid-Term?

His speechwriting comments appear in the Politico website and give some clues to the relationship between the President and his speech writing team. That relationship is critical for the incumbent, President Obama, as he enters the final few days before the mid-term elections in the USA.

Ted Widmer notes the comments made by the New York Times columnist Frank Rich: that President Obama will give a Franklin D Roosevelt-type speech and win over the American people once more. He’s an optimistic man is Ted Widmer. But he’s also a realist. Because he patiently explains in his Politico article that a single speech won’t fix anything. Not even a State of the Union speech at another time of the year.

And that’s mainly because as President, Barack Obama, has more to deal with than when he was candidate Obama seeking office. His calls for change then, are different to calls for action from him today.

But it’s also different for the speechwriter. The speech writing team doesn’t have access to the President in the same way that they had access to the candidate. Schedules and work-loads just don’t permit. They don’t have the same relationship of old.

That doesn’t mean that the President has lost his eloquence or his rhetorical skills. Far from it. He’s already blazing a trail across the land…shirt sleeves rolled up…speaking at every opportunity. It’s just that there’s not going to be a magic moment of FDR 1940s nostalgia when the whole country stops their business to listen to their President’s speeches. It just isn’t like that right now. It takes a national emergency for that to happen…and even then it didn’t work for President Carter.

You can always find lots of public speaking tips with our series of top tips for public speakers and presenters. And with more than 100 top tips, podcasts and videos, there’s something for every event. Plus, when you want to build up your own public speaking skills, then you’ll find that our training will deliver. So, when the time is right, please don’t hesitate to get in touch.