Deputy Leader of the Labour party, Harriet Harman, was left red-faced about a red-haired remark she made in a ginger rodent speech last week. The former Equalities Minister spoke at the Scottish Labour Party Conference in Oban. And it was there when she labelled the Liberal Democrat MP Danny Alexander a “ginger rodent.” 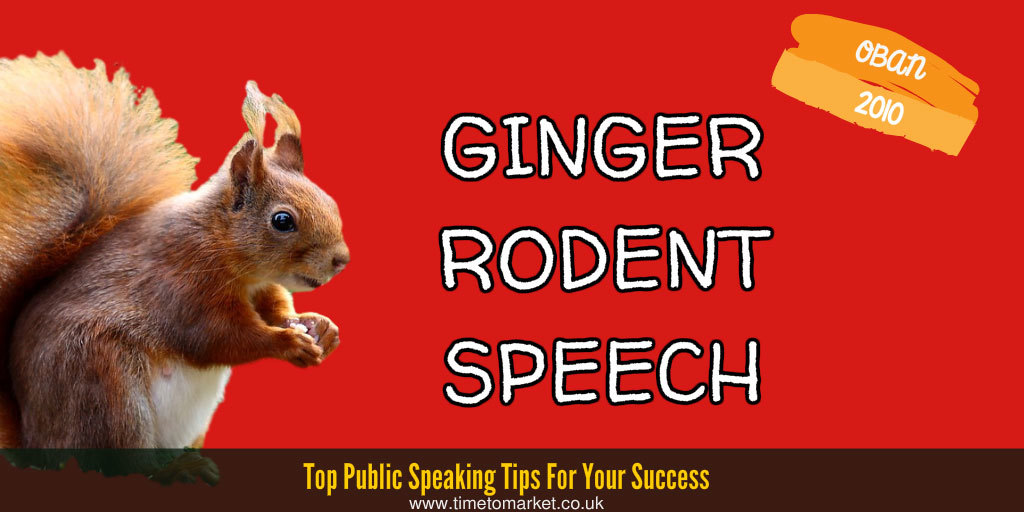 Danny Alexander is also the Chief Secretary to the Treasury. But, he’s also the Liberal Democrat MP that most people link with the Government’s programme of cuts. And, of course, he’s red-haired.

The Scottish Labour Party realised that she’d made an error in her speech. And so, she subsequently apologised for her comments in the ginger rodent speech. However, we feel that she knew she had said too much in her speech when she considered the mass of Scottish redheads in her Conference audience. Her apology wasn’t about hard feelings. But it was all about political expediency and the Scottish vote.

Of course, the speed of the apology is  a bit disappointing. Since seasoned politicians of today are certainly no match for those of yesterday. Certainly not as we highlight with these speech quotes:

“…like being savaged by a dead sheep.” (Denis Healey on Geoffrey Howe)

“An empty taxi arrived at 10 Downing Street, and when the door was opened, Attlee got out.” Winston Churchill on Clement Attlee)

Now that was when political correctness didn’t get in the way of a good jibe…and the speaker was certainly not red-faced about making it! Red in tooth and claw, if not ginger.

You can always discover plenty of public speaking tips with our series of tips for speakers, posts, podcasts and videos. Perhaps, you want to know what not to say in your speech? But, whatever the occasion, you are bound to find something valuable. And then, when you want to give your public speaking skills a well-earned boost, then you can always consider training or coaching. Because both interventions will give you the skills and confidence for better public speaking. So, when the time is right, please don’t hesitate to get in touch.