Speeches given by Pakistan President Zardari have a tendency to baffle, bemuse and befuddle. And that’s often their intention. So, this Zardari speech that commemorated the fourth anniversary of the assassination of his wife and former Presidential candidate, Benazir Bhutto, was not an exception. 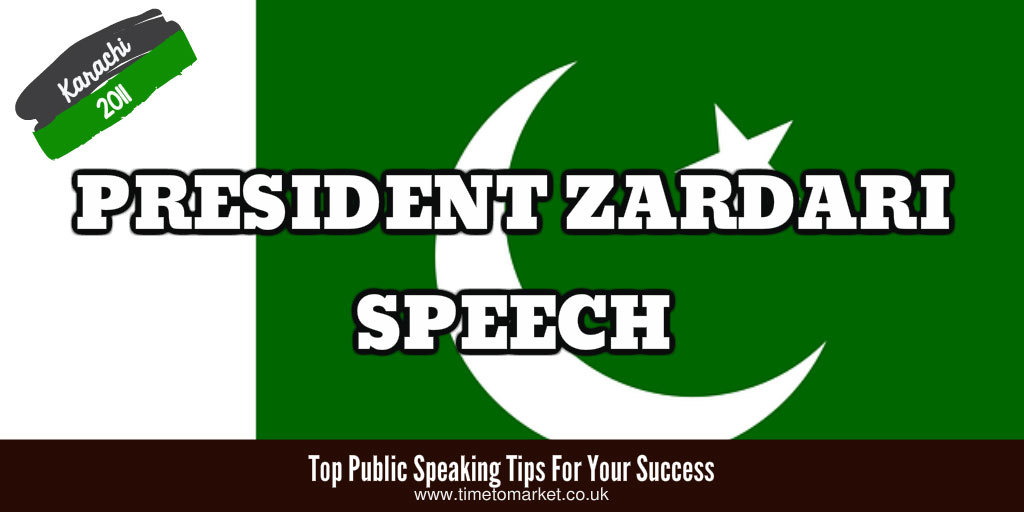 His speech posed more questions than answers. The assassins of the former Prime Minister Benazir Bhutto are neither known,  apprehended nor indicted. It’s not too dissimilar to the death of President Zia in 1988. A mystery.

That’s the nature of a President Zardari speech. It’s a negotiation, a conversation. But not like the negotiation we expect in a Theresa May speech on Brexit. So, he uses his speeches to project views and opinions and gauge reactions. His speeches can be more combative, but this was not.

If his speech aimed to project the image of a President functionally fit and capable after his recent foreign medical treatment, then he did that. Anyone minded to seek his removal from office on grounds of physical impairment must wait a while.

Of course this particular Pakistan President speech will keep the wheels of the ox cart rolling. But in which direction and for how long?

You can always discover plenty about speeches and speech writing with our series of top tips for speakers, podcasts and videos. And, with more than 100 public speaking tips available, there really is something for every speaking occasion. Plus, when you want to push your own public speaking skills that bit further, then you can always train. Because public speaking training or coaching will always boost your skills or confidence. So, when the time is right, please don’t hesitate to get in touch.