The gift that is Boris Johnson just keeps on giving when it comes to his speeches. This time he's in the news headlines because of two Boris Johnson speeches that managed to earn him £160,000 during March 2019. And yes, that's a staggering amount of money for a former London Mayor and Foreign Secretary. 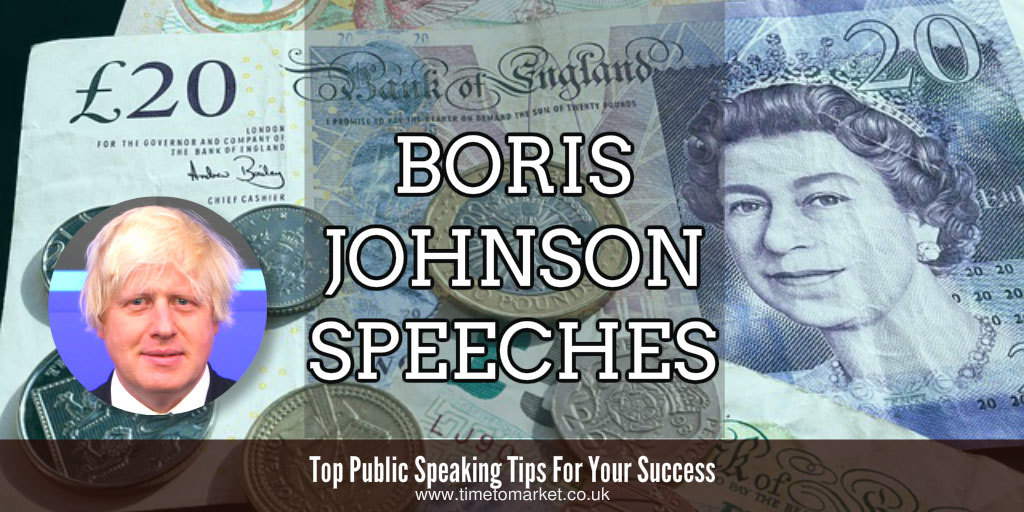 The two Boris Johnson speeches were detailed in the House of Commons Register of Members' interests for March 2019, and duly reported by the Guardian. Of course you simply can't argue with the facts themselves, since they are there in plain view. So the details are that he gave one speech in India and the other in Canary Wharf, London.

The first of the two speeches earned Boris some £122,899.74 for speaking to an audience selected by India Today. That very precise amount must seriously account for some currency exchange?

And the second of the two Boris speeches, delivered ten days later netted Mr Johnson MP the fee of £38,250. Again, quite a reasonable speaker's fee for one on home turf. The client on the second occasion was Citigroup , the US-owned financial services business.

Should we be concerned? Probably not. But if you are a constituent in the Boris Johnson constituency of Uxbridge and South Ruislip, then you might disagree. And, why not.

But, the thing is these Boris Johnson speeches aren't unexpected. Since it's how many ex-politicians capitalise on their limited experiences in government. It's either speeches or books. Or it's speeches and books. It's a choice they make.

We've already looked at the David Cameron speech payday that started soon after he left Downing Street in 2016. And, we also mentioned George Osborne who left politics in 2017. But before he left, the Parliamentary register of interests showed the ex-Chancellor earning £320,000 after he was sacked by Mrs May. His public speaking gigs included events delivered for Citi, Blackrock Financial and Centerbridge partners. Good work if you can get it.

Another former Prime Minister, Tony Blair, also has a successful public speaking record. It's fair to say that we've taken our eyes off him a bit. But, Tony's conference speeches in Bangkok were once rumoured to be at the £400,000 level. Now, of course the rumours were quickly denied. So, who really knows?

One person who might stab at a guess could be Gordon Brown. And, of course, he's another former Prime Minister, albeit not for long, who's now firmly established on the public speaking circuit.

Now, if these sums of money are beginning to make your eyes water…and they should. Then, just consider the successful public speaker Bill Clinton. Since in 2011 he earned $13.4 million for 54 appearances. That was also an increase on his 2010 public speaking income of $10.7 million for 52 paid speeches. That's a lot of money in anyone's currency.

So, the Boris Johnson speeches are noteworthy. But, he's just an amateur when compared to President Bill Clinton. Way to go.

Don't forget that you can discover a whole range of public speaking tips for speakers everywhere. And, when you want some help with your public speaking skills, then please don't hesitate to get in touch. Because with a programme of regular courses or one to one coaching we can always help you prepare for your next big event.