There are some parts of the world where you might not risk heckling a speaker. Burma, Libya, North Korea and Venezuela come to mind. So how about Iran? The 21st anniversary of the death of Iran’s top cleric, Ayatollah Khomeini, was marked on Friday with a day of speeches and parades. And heckling. And one of these was a Hassan Khomeini speech. 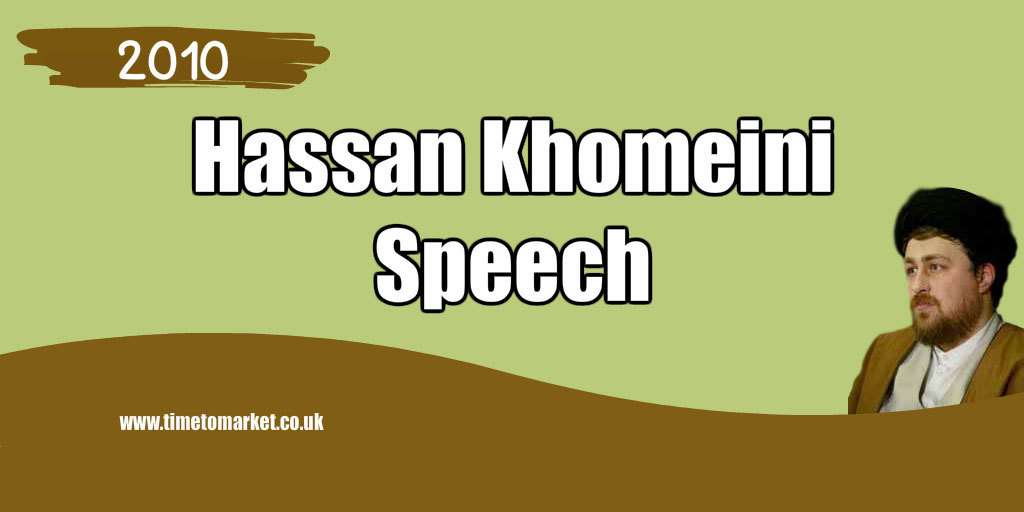 The Ayatollah’s grandson, Hassan Khomeini, known to support the Green reformist movement, was heckled by the audience to such an extent that he left the podium for others to continue.

He handled the event with care and diplomacy:

“People loath the small group that is creating disorder, please allow me to speak for a few minutes, because what this small group is doing doesn’t befit the dignity of the Imam.”

His hecklers didn’t back down, so he stood aside. Given the volatile nature of politics in Iran that was probably the best course of action for a speaker sympathetic to reform. That’s not how many speakers react. But, Iran isn’t quite like every where else. That’s certainly what the Speaker in Parliament found with this Larijani speech. However, you can discover how you can manage interruptions in your next speech.

We’re adding Iran to the list of countries where you wouldn’t choose to heckle a speaker…unless you’re told to do so!

The speech, the speaker and the reaction to both reflect the open fissures of this society.