Traditionally a Kim Jong-un speech gives little comfort to international audiences. And his habit of giving a new year speech to his people and the listening world is no exception. So we looked out for this year's public speaking performance with some trepidation. But, there's no apparent cause for alarm. However this North Korea speech doesn't offer much comfort for poor North Koreans. 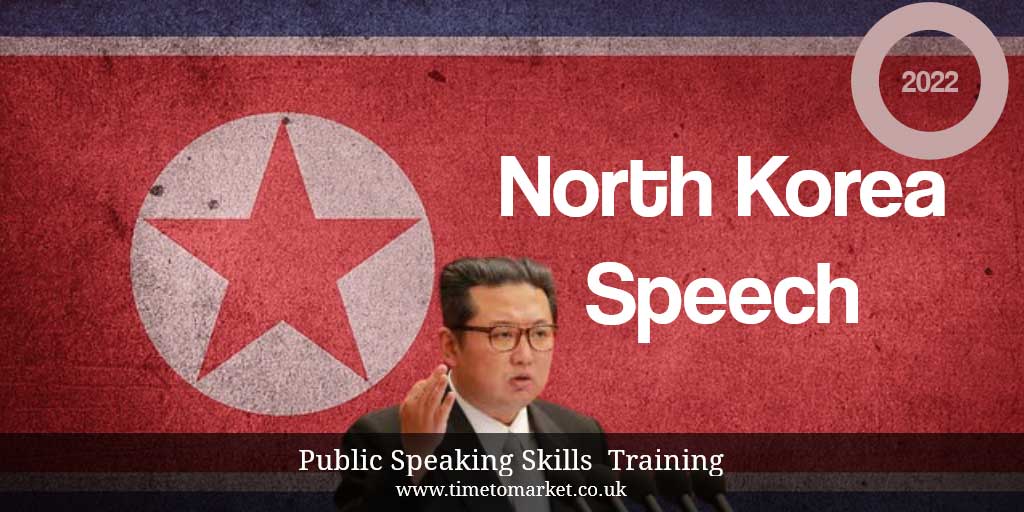 Kim Jong-un has developed quite a reputation for his speeches that are keenly perused by strategic analysts throughout Asia and beyond. Undoubtedly he likes that. But this reputation is quite a contrast to his father, Kim Jong-il. Because his father was very much a speechless dictator, since in the 18 years of his tenure there's no record of a public speech. And that's a remarkable thing for a dictator.

Still, young Kim Jong-un is more than making up for his father's public speaking hesitancy. His latest speech, at the end of the 4th Plenary Meeting of the 8th Central Committee of the Workers' Party of Korea, effectively marked ten years in office.

Only his loyal subjects would describe their dear leader as a great orator. But, so long as he's alive and top man, he can perfect the techniques. Thus, this was a rather plodding affair that wasn't enlivened by aggressive posturing. You can watch some of his speech with the YouTube channel of AFP.

The main task facing our Party and people next year is to provide a sure guarantee for the implementation of the five-year plan and bring about a remarkable change in the state development and the people's standard of living.

Because normally the analysts would expect some belligerent international diplomacy in his New Year speech. But it wasn't to be, as this North Korea speech was really all about North Korea. So, we heard all about domestic issues: rural development, diets and school uniforms. That's right, dictators get to set the school uniform rules.

Perhaps the analysts shouldn't be that surprised, as the hermit nation has certainly hunkered down with the Covid-19 nonsense at all of its borders. And that has greatly affected its living conditions in the rural areas as industry and farming have suffered. So, no specific mention at all of the USA.

We'd hope that this focus on matters domestic bodes well for the future. Although matters must also be desperate for a large section of the population.

Dictator or despot, you can always discover more public speaking skills with our series of top public speaking tips, podcasts and videos. And, when you want to boost your skills that bit further you are most welcome on a training course, whenever our own situation permits...