A John Yates speech has landed the Assistant Commissioner of the Metropolitan Police in London in serious trouble. That’s because the content of his speech appears to have taken a Government Minister by surprise. 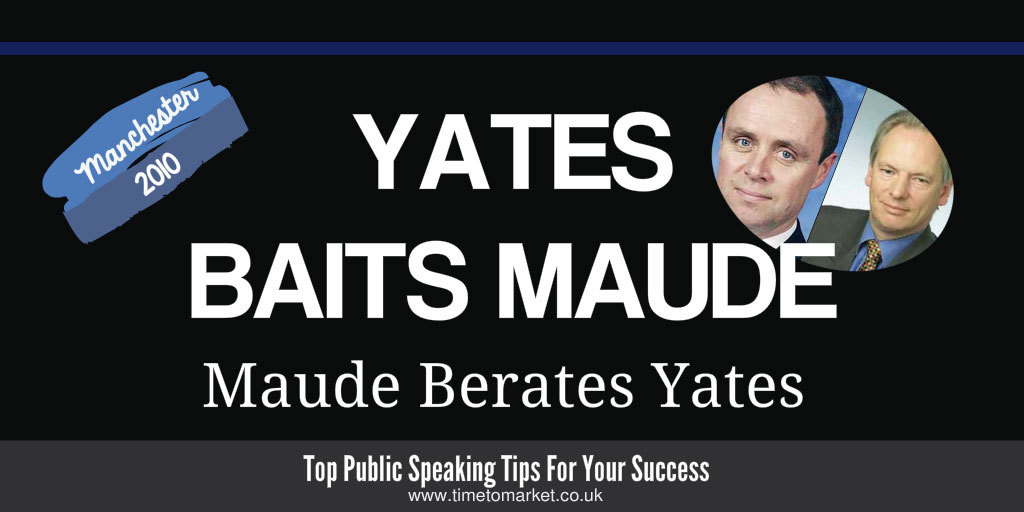 The crime? A private speech given by Britain’s top anti-terrorism policeman, John Yates, at a meeting of top police officers.

The scene of the crime? A meeting of the Association of Chief Police Officers’ (ACPO) conference in Manchester.

Following the speech, the Cabinet Office Minister, Francis Maude, went on the offensive. Berating Assistant Commissioner Yates, he noted that all government officials should be on their toes with their own spending requirements, budget cuts and expenses; stating that public officials should spend less time carping about their budget cuts and more time doing their jobs.

Giving no quarter, this was cut and thrust stuff indeed from the Minister.

The message got through to Assistant  Commissioner Yates. His speech at a later public session of the ACPO conference didn’t stray into matters of budget cuts.

Yates of the Yard is no stranger to controversy. He investigated the cash for honours case and also Princess Diana’s Butler. This appears to be the first time, though, that we’ve had a very public slap down for a John Yates speech.

However, the Yates speech is nothing compared to that of Fikile Mbalula in South Africa. As an example of what not to say in your speech, the Police Minister is more than the prime suspect.

You can discover a whole series of public speaking tips with Time to Market’s tips for speakers and presenters. And with more than 100 top tips to discover, there really is something for every speech occasion. Plus, when you are ready to take your public speaking skills that bit further, why not consider some training? Because a well-built training course is probably just the ticket for your success. So, when the time is right, please don’t hesitate to get in touch.