We're very conscious that our title might be mischievous. Because it really is. Certainly everything we discover about public speaking and giving presentations points to the duality of both content and delivery. Both are important. Yet, new speech accent research suggests there's a lot more to a regional or national accent than we might care to think. Since it seems that how you say something might just be more important than what you say. 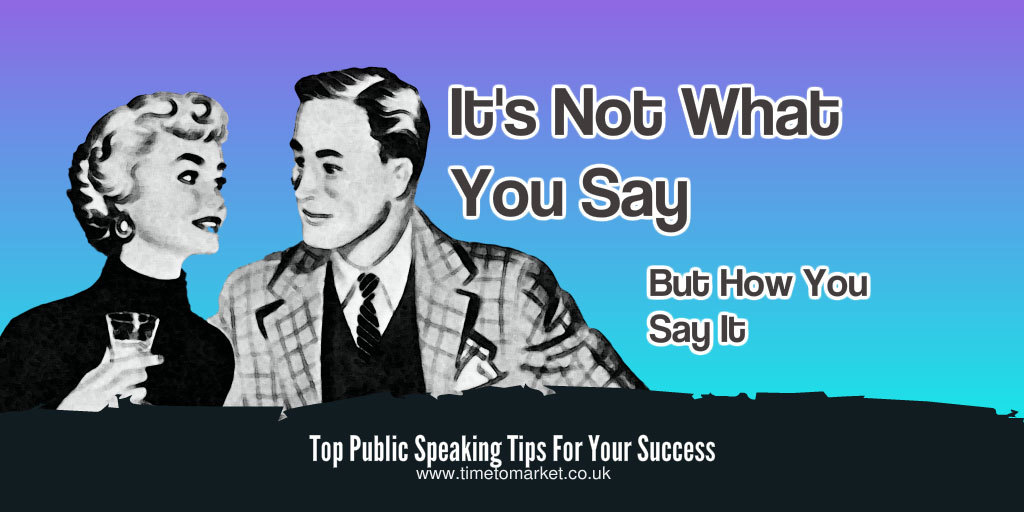 At least these are some of the pointers in a new book, Your Voice Speaks Volumes, by Professor Jane Setter.

The book details a whole range of discoveries concerning our voices, and it's totally fascinating.

For instance, the Sociologist Howard Giles has undertaken research into how our accents might "betray" us. Or, at least suggest something to the listener…accurately or non-accurately. Because it's always the listener's opinion. In his research Professor Giles of the University of California looked at how our speech accents might suggest any of the following:

That's quite a list. And, bizarrely, among his findings he discovered that some accents were found to be friendly and trustworthy, but not educated. The mind boggles.

But it doesn't just stop there because Big 7 Travel has also recently conducted some research into the relative attractiveness of United States speech accents. That's right, they tested the variability from State to State and then gauged the attractiveness of each. And when you see the results of their survey, you can only guess at the disquiet in some States. However, the top three attractive speech accents are:

We won't delve further into the hows and whys of the survey findings. Nor shall we look at the least attractive USA accents! Again. the beauty or otherwise of a speech accent is definitely in the ear of the listener.

However, if you thought that you might escape the iniquities of a speech accent then you might also be wrong on that. Certainly several studies have found that our nearest primate relatives also have accents. Professor Nobuo Masataka of Kyoto University published a paper in Ethology that suggested monkeys have clear tonal variation relative to the region they inhabit. That's not greatly dissimilar to a New York accent being different to a New Jersey accent. Or a Yorkshire accent being different to a Lancashire accent.

Of course if you find that amazing, then a more recent piece of research also suggests that monkeys adapt their accents when they move from one site to another. Dr Judith Burkart, the lead author of the paper in PlosOne, explains how the marmoset monkeys appear to have the equivalent of human regional accents. And, importantly they change those dialects when they move to new marmoset monkey colonies.

Now adapting our own accents is not unheard of. Many people do it, consciously or sub-consciously. And now it seems that with this behaviour, there's a linkage to other primates. Of course Dr Burkart is planning more research into these fascinating findings.

Am I right to suggest our speech accents appear to be totally natural? They appear to relate to where we were born, live and also those with whom we socialise. And, importantly it also seems natural to adapt your speech accent…to fit in? Not least because the Marmoset monkeys appear to display this behaviour.

But is an accent an indicator of class or intelligence? No, of course not. However, that doesn't stop people from believing that it is. And that's also remarkable, and mischievous. And that's probably worth some more research.

You can always discover plenty of public speaking tips, hints and suggestions with our regular series of top tips for speakers, podcasts and training videos. And, when you want to further develop your public speaking skills, then why not get in touch about some coaching. Because a well-timed intervention before your next conference speech will do wonders.