When the Baseball star Edgar Martinez gives his speech to the Baseball Hall Of Fame this coming Sunday you might not wonder about his nerves. That's because there's no public speaking fear for one of the world's very best specialist hitters. And that's despite his plan to give his induction speech in English. His second language. 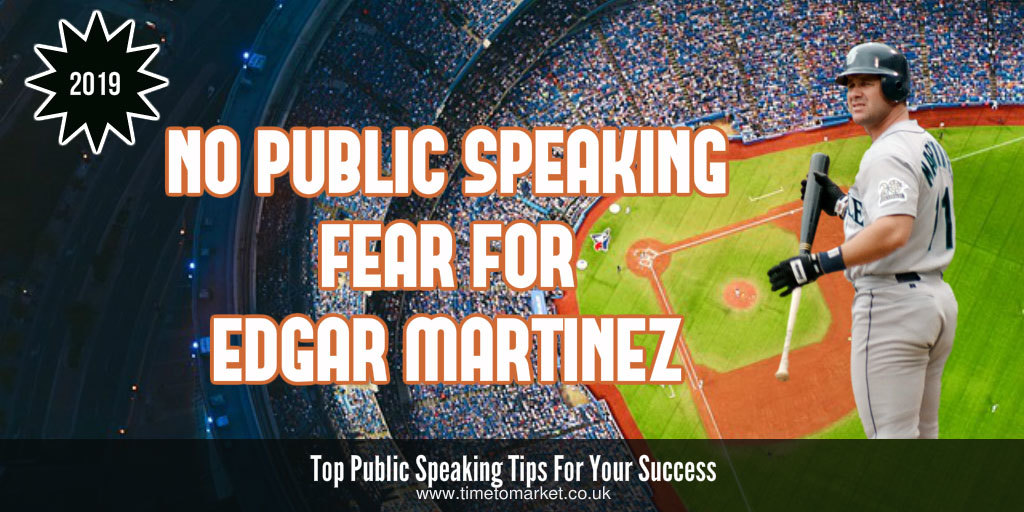 It's certainly true that in his first major baseball season he struggled with English. But that's only a memory for him and few others now. Since what marks out Edgar Martinez from others is his stance with any challenge. Head on, he tackles it.

No Nerves With This Big Speech

And that's how he's approached the no small matter of his speech when he's inducted to the Baseball Hall Of Fame this coming Sunday. Not least, he's planned, prepared, written and re-written his speech for more than a month. Yes, that sounds about right for an important speech.

And, with that done, now he's practising this speech. Since it's always advisable to snatch some speech practice when you can. These Hawaii presenters knew that message when they prepared some time back. And Edgar Martinez also knows the score only too well.

Five tips to ensure you have no public speaking fear before your next big speech.

Of course you can always discover plenty of public speaking tips and hints with our regular series of posts and podcasts. Because with more than 100 top tips for speakers, there's really something for every speaking opportunity…including the Baseball Hall Of Fame. And when you want to be a big hitter with all your speeches, with no public speaking fear then you can always join us for a course. So, when the time is right, please don't hesitate to get in touch.