State Senator Michael Noland of the Illinois Senate is in hot water with an accusation that he’s plagiarised one of John F.Kennedy’s most notable speeches. The State Senator’s speech was in support of civil rights legislation when one of his colleagues—Republican Dale Righter—recognized the similarities with a John F. Kennedy speech from 47 years ago. 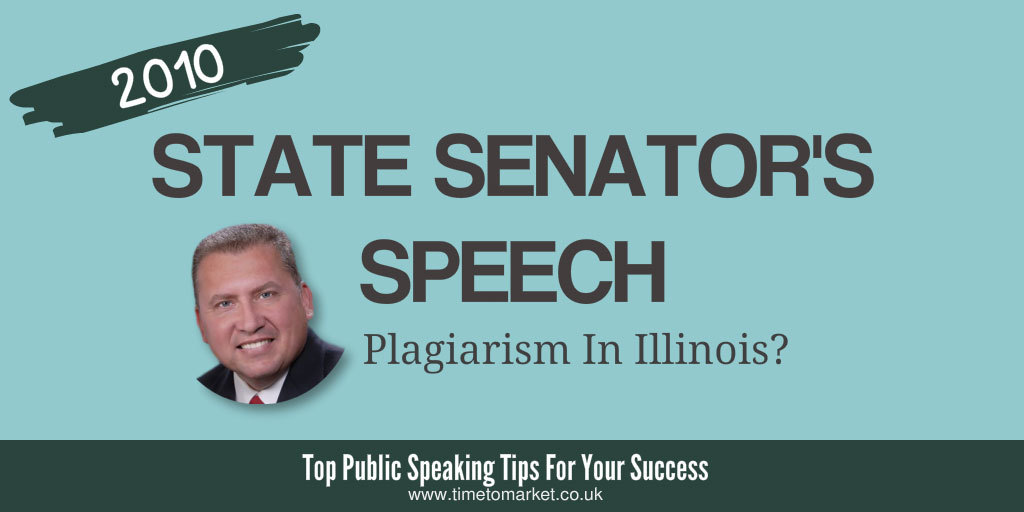 Senator Noland: “Again, legislation cannot solve this problem on discrimination. It must be solved in the hearts of every citizen and every community across this great state.”

John F. Kennedy: “But legislation, I repeat, cannot solve this problem alone. It must be solved in the homes of every American in every community across our country.”

Senator Noland: “We owe them and owe ourselves and our children a better state than that.”

Kennedy: “I think we owe them and we owe ourselves a better country than that.”

Senator Noland has admitted that he listened to the 1963 speech by President Kennedy before he prepared his own 841-word speech in the Senate. He didn’t give any attribution to the late President. Plagiarism or flattery?

I sense bipartisan politics behind the plagiarism jibe. So let’s hear the last word from the embattled State Senator:

“I believe in every word of my speech. I would not change a word of that speech.”

It’s not the first time that we’ve come across a case of speech plagiarism, or a lifted speech controversy. And, we suspect it won’t be the first time.

You can discover plenty of public speaking tips with our series of top tips for speakers and presenters. And, with more than 100 top tips available there’s something here for everyone. Plus, when you want to really boost your own public speaking skills then you’ll find that training or coaching will always do the trick. So, when the time is right, please don’t hesitate to get in touch.