Many, if not most, actors have experience of an unappreciative audience. That audience that never seems to engage with you or appreciate the moment. That's probably an experience that several comics have also felt onstage. Even comic speakers don't always get well-received. Now, in the past we've looked at how to deal with hecklers during your speech. And, we also considered how in Iran, a Hassan Khomeini speech was interrupted by his really unappreciative audience. Big time. 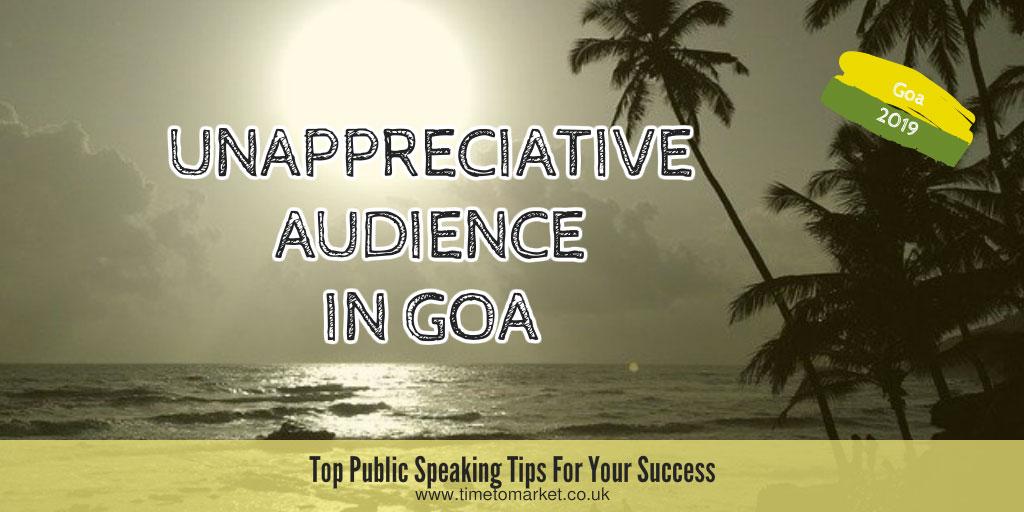 Unappreciative Audience in Goa Is Berated By The Chief Minister, Pramod Sawant

But in Goa the Chief Minister is indeed made of sterner stuff. Not for him to suffer the indignity of an audience simply leaving the auditorium. In fact his unappreciative audience started to leave before he even got the chance to speak, let alone finish his speech.

No way. Because Chief Minister Pramod Sawant  simply laid into his audience of journalists. In fact, he gave them an absolute lashing.

We have given several media awards to journalists from various parts of Goa and for various fields. Some of them took the awards and walked away. Being a Chief Minister I am spending one hour. Why have I come? I have come to congratulate you. And if you are leaving without listening to me for even five minutes, then for what reason should I spend an hour here?

And, of course he had more than a point. Since this was National Press Day in India and the Chief Minister had words of congratulation and prizes for the best journalists. But still they started to disappear before his speech.

Of course we don't know whether the Chief Minister intended to deliver a short speech or a yawn-inducing lengthy speech. But, given his later comment, I think he knew his audience pretty well.

I have told, for the next function, at least slot my speech first. At least people will listen to it. Or else what is in it for me to sit here for an hour?

And that of course is the trick. When you plan and prepare your speech, you must consider your audience. Unappreciative or otherwise. What exactly do they want and when do they want it? Certainly as many of us get ready for the office party speech in December, aim to speak before the food and drinks.