A Death Worth Dying For. Terry Pratchett’s Dimbleby Speech

In a highly-publicised Richard Dimbleby lecture at the Royal College of Physicians Sir Terry Pratchett called for better arrangements for assisted death. And this Dimbleby speech has definitely got people talking. 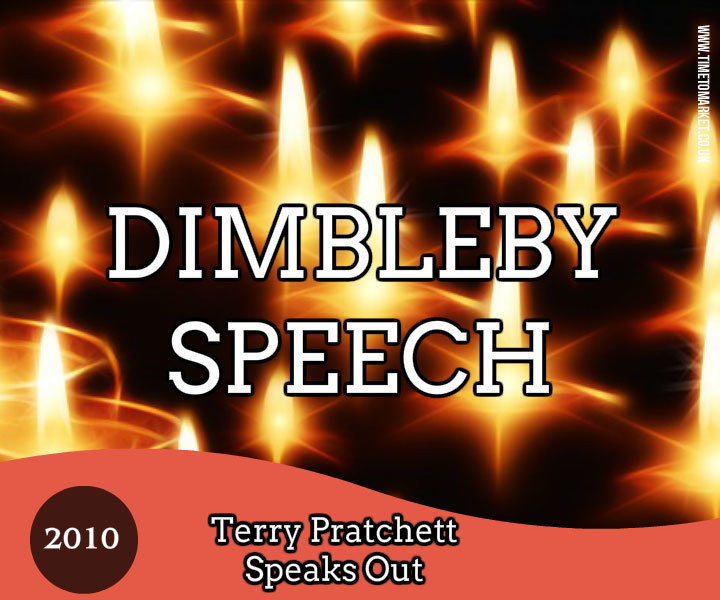 Diagnosed with Alzheimer’s Disease in 2007 the best-selling author has become a vigorous campaigner for the Alzheimer’s Society and a considerable donor to the Alzheimer’s Research Trust in 2008 when he donated a million dollars for research.

In a well-constructed introduction Sir Terry compared how society tackled cancer treatment and that of dementia patients. But, the comparison was not flattering. Because society has not learned how to tackle dementia.

Sir Terry handed his speaking duties over to his friend, the actor, Tony Robinson (a “stunt Pratchett”). An eloquent and well-crafted speech showed that Sir Terry’s writing craft is as fresh and vibrant as ever. Ably assisted by technology, Sir Terry now uses voice recording to write his material.

Moving stories about the deaths of his grandfather and father allowed him to discuss the chronology of his own death. Because this is a death that he is in no hurry for.

He explained how cunning, subterfuge and money allow him to mask the obvious effects of the disease. But it’s not in remission. Since it’s there all the time and he has no belief in a miracle cure. So very sobering. But, there’s some excellent use of poignancy and humour.

Rhetorical questions and metaphors flourished as Sir Terry’s experience of having Alzheimer’s developed. Metaphorial devices continued as he focused on Society’s attitudes to suicide and assisted death. Weaving in stories from his journalism past in the coroners courts added more humour and showed Sir terry’s experience to the full. Superb storytelling.

Sir Terry noted that his preference is to live life to the full and die with a brandy in hand listening to his favourite tracks on the iPod before shaking hands with death. Faced with a seriously incurable disease this seems a reasonable choice.

But noting the strong argument between the offer of care and that of assisted death Sir Terry explained that this is not a good argument. Care is pretty well non-existent. Despite protestations to the contrary care is not available. Quoting Sir Michael Parkinson, the government’s care ambassador, worked well at this stage. 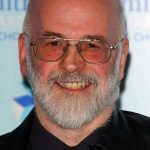 A Proposal From Sir Terry

Sir Terry moved on to proposals in his Dimbleby speech: a tribunal made up of over-45 year old specialists with the legal powers to support assisted death with all due process. The prerequisites for a job on the tribunal? Age, experience, dignity, wisdom and compassion.

Nearing his conclusion, the line, “My life. My death. My choice,” brought applause from his invited audience. His follow-up, “A blip on an oscilloscope can not be mistaken for life,” was equally good. Then, he finished with the rejoinder that consensual assisted death is hard to oppose if you have humanity. “A death worth dying for.”

So, this definitely was a brave, well-crafted and well-executed Dimbleby speech.