Fifty-two years on from the John F. Kennedy faith speech in 1960 John F. Kennedy is making headlines in a Presidential nomination campaign. But it’s not the Democrat party campaign this time around. And nor is it the J.F. K inauguration speech. 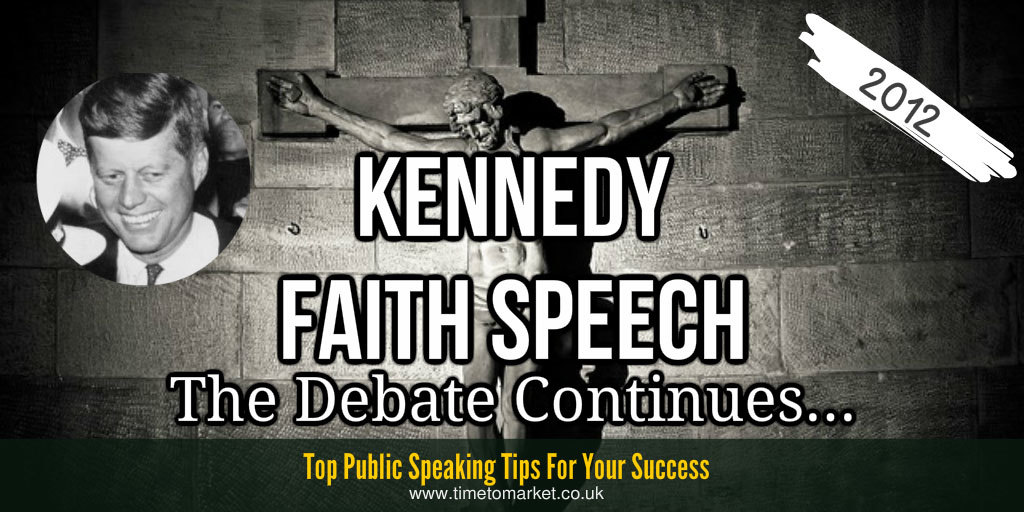 Their argument is the product of two Roman Catholic candidates who seek the Grand Old Party’s presidential nomination. Of course, that’s not too dissimilar to John F. Kennedy’s quest for the White House in 1960.

Today, his September 1960 speech is far from controversial. In that it relates to the likely relationship between a Catholic president and the Pontiff in the Vatican, Rome. But at the time it was a hotly-debated matter.

An ambition to become a Roman Catholic President unites all three in this unholy trinity. John Kennedy, of course, made it to the White House after that faith speech to the Greater Houston Ministerial Association.

Today’s candidates use that very same faith speech all these years later to explain their position on State versus Church. Will there be a miraculous ending? All these years after the Kennedy faith speech? Not so far. But you never just know in politics.

You can discover a whole range of public speaking conundrums and debate with our regular series of public speaking tips. And, with more than 100 top tips from which to choose, you are bound to find something that’s just right for your next speech. But, if you lack faith in your own public speaking skills, or you want to give your skills a real boost, then consider some training. Because a well-timed training course or coaching session could be just what you need. So, when the time is right, please don’t hesitate to get in touch.