After about 14 months in the campaigning ring Linda McMahon conceded the contest for the vacant Senate seat in Connecticut to her rival with a concession speech to loyal supporters and campaigners. 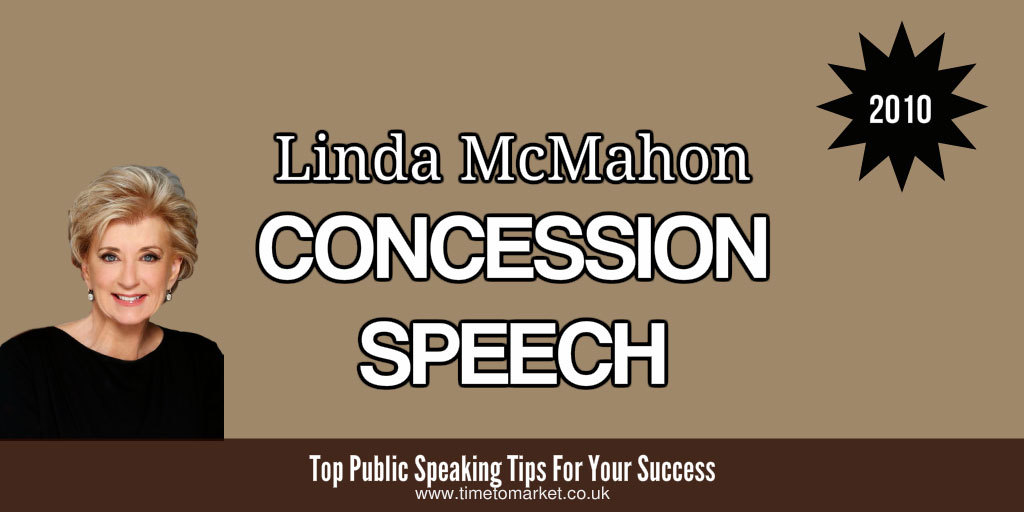 The former World Wrestling Entertainment (WWE) CEO gave her concession speech to her campaign organisers and faithful supporters after winning some 43% of the vote against her rival’s 57% of the vote.

Her speech was thoughtful and constructive. It pledged support for the new Democrat Senator, State Attorney General Richard Blumenthal and was entirely without malice. And that was some contrast to one of the most bitterly fought campaigns in the mid-term elections.

She’s now wrestling with the estimated US$50 million cost of her campaign. But with the Wrestlemania season beginning shortly it can only be a matter of time before Clan McMahon refill the political war chest and Linda McMahon can enter the ring for some new political bouts.

There really is quite an art to the well-crafted concession speech. Certainly the Mitt Romney concession speech in 2012 proved worthwhile and thoughtful. But they remain tricky. After all, you did lose the election. But that apart, there are many people to thank. Your supporters, campaigners, collaborators and, of course family. And therefore, it’s no surprise that’s where most of this Linda McMahon concession speech was aimed.

Of course you can discover plenty of top public speaking tips when you are wrestling with a speech problem. And, because you will find more than 100 top tips for speakers and presenters, there really is something for every speech occasion. Plus, when you want to develop your own public speaking skills that bit further, then why not consider some training? Because a training course is the simplest way to boost your own confidence and public speaking skills. So, when the time is right, please don’t hesitate to get in touch.