According to the pollsters he doesn’t really hit it off with women voters. That’s their take on why the Prime Minister, David Cameron, has lower ratings among women voters than he does among men voters. And that was before this Diwali speech. 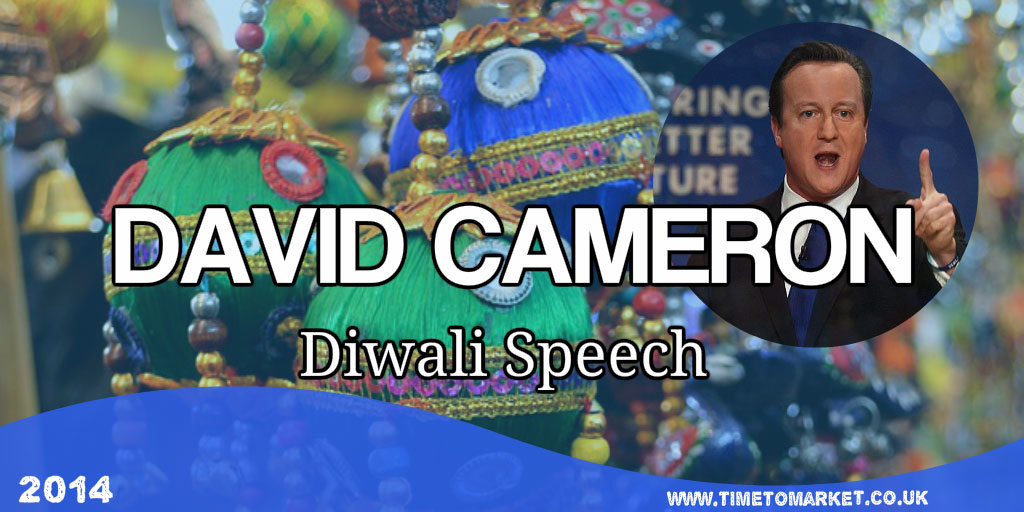 Beyond the polls, however, there’s not much evidence of their findings. Until now, perhaps.

The occasion? Mr Cameron was celebrating Diwali at a Conservative reception in London’s Queen Elizabeth Conference Centre with a speech. All of a sudden his Diwali speech puts an audience to sleep. Or at least, one of them fell asleep. A woman audience member, to boot.

Now we shouldn’t get carried away with the significance of the moment. There might have been medical circumstances involved with the woman’s apparent drowsiness or discomfort. It does happen. And as a speaker you need to be alert to it.

So, was the Prime Minister alert to it? Well, yes, he was. Having put his audience to sleep, but sensing a problem he offered the woman, sitting on the front row, a glass of water.

Gentlemanly? Perhaps not, as he then noted:

I can have this effect on people

Well, yes. Of course. He’s not the first speaker, let alone the first Prime Minister or President to induce drowsiness in an audience. We’ve taken a look at a President Obama Kalamazoo speech that puts an audience to sleep. and once we even captured the Vice-President sleeping during the President’s speech. And then, of course, you have the Robert Mugabe speech, with a whole section of his audience yawning. Or asleep. It happens. The trick is to be ready for it. Keep your speech interesting and short.

And Mr Cameron’s speech? Celebratory. Inclusive. Diverse. So, he hit all the right notes for this occasion.

You might well come across an unappreciative audience. But you can discover more about how you can energise your audience with a public speaking course from Time to Market. Join a public course. Or, perhaps, organise some one-to-one public speaking coaching. It’s your choice, so why not call us to find out more.